The Weld County workshop was unusual in that it incorporated a 6- hour facilitated session on public policy decision-making. At the end of the day, participants were challenged to apply what they had learned from the case study discussion to the implementation of the design solutions they had previously developed. 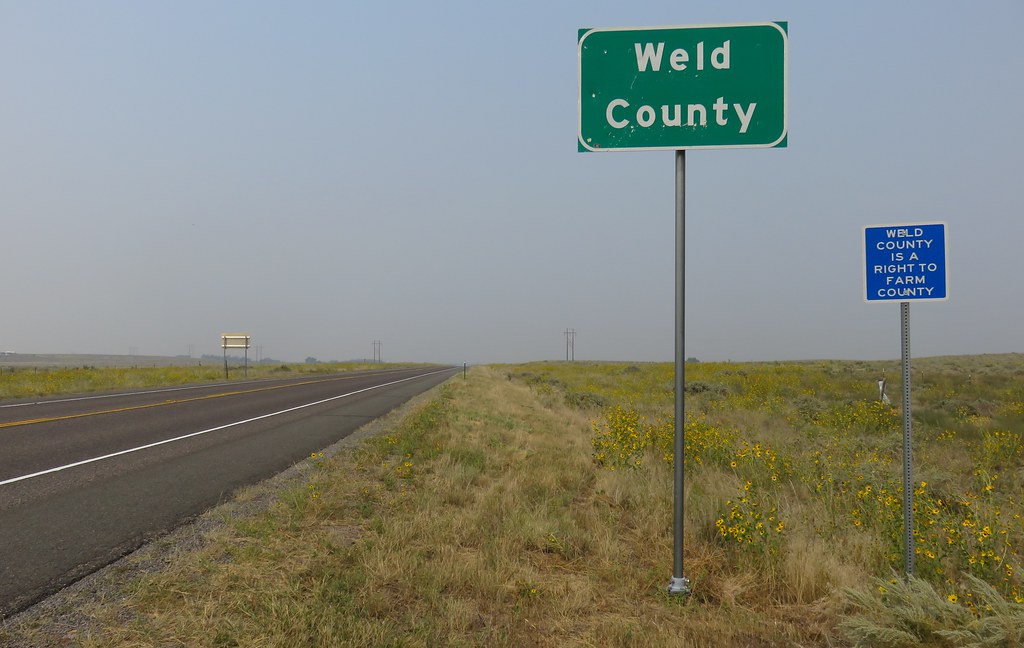 Weld County is the Number 1 agricultural producer in Colorado and ranks in the top 10 agricultural counties in the U.S. Weld County is also in one of the fastest growing regions of the country—the Front Range of the Rockies. According to Rob Lang with Virginia Tech’s Metropolitan Institute (one of the workshop’s speakers), Weld County is in one of 20 or so “megapolitan” areas that will absorb much of the next 100 million Americans. According to a recent edition of the Rocky Mountain News, along the Front Range north of Denver, “building projects are springing up like mushrooms after heavy rain.” Thus, in many ways, Weld County is a perfect storm waiting to happen—a collision of economic and demographic forcesthat will have long-term consequences for the region and the state.

Weld County is directly north of Denver, stretching from the foothills of the Rockies north to Wyoming and east across the plains. Twice the size of Delaware, it is largely devoted to irrigated farming, feed lots, and cattle grazing. Since the last decades of the 19th century, Weld County has tapped into the relatively rich waterresources of the South Platte River Basin. However, over the last several decades, growth from Denver, Boulder, and Fort Collins has spread into Weld County principally along the I-25 corridor. The location of Denver International Airport directly to the south promises to continue growth pressure for decades to come.

Much of the threat to Weld County’s agricultural future is not from the subdivisions and shopping centers that have spread into the county. Rather, it is from the ability of far-awayurban users (like Aurora, Colorado) to acquire water rights from Weld County property owners. Consequently, the county’s development vs. conservation dilemma is much more complicated than in other parts of the country.

Weld County is in the process of updating its Comprehensive Plan. The Your Town workshop fits integrally into the update process, bringing together all 15 members of the plan’s Technical Advisory Committee as well as county commissioners, municipal mayors, and other local leaders. The principal issues that the workshop addressed included: Towns in Transition - community identifiers and separators; how to preserve the identity of Weld County’s historic towns; Rural Residences - the design of 9-lot rural subdivisions, allowed by right in rural areas, versus traditional farms; and Watering Crops and Towns - the competing water interests of urban and non-urban uses.

The Weld County workshop was unusual in that it incorporated a 6- hour facilitated session on public policy decision-making. John Viola, Visiting Fellow and graduate faculty member of the John McCormack Graduate School of Public Policy at The University of Massachusetts in Boston, led participants through public policy case studies. At the end of the day, participants were challenged to apply what they had learned from the case study discussion to the implementation of the design solutions they had previously developed.

But the workshop wasn’t all work. On the evening of Day 1, participants were treated to a performance of “Oklahoma” at the Union Colony Dinner Theater in Greeley, a thoroughly enjoyable and appropriate reward for a long day’s work.

We believe that the workshop informed the Comprehensive Plan update process and will help lead to creative and cooperative solutions to the competing demands for water along the Front Range.