The city of Fellsmere, founded in 1911, is a small town of about 5,000 people until it is time for the citrus to be picked. Then the population nearly doubles. 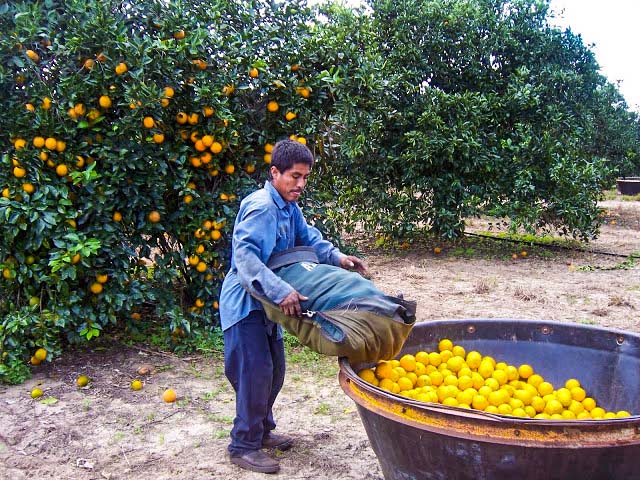 The city of Fellsmere, founded in 1911, is a small town of about 5,000 people until it is time for the citrus to be picked. Then the population nearly doubles. If you have heard of Indian River Citrus – this is where it comes from. Fellsmere is surrounded by thousands of acres of citrus trees and an equal amount of state-owned preserve and water management lands. The city is a place of historical structures and small town sincerity within a rural setting. It is a place whose urban core still is home to unpaved roads, mobile homes, and the famed citrus farms. In the context of coastal Florida’s expanding development, Fellsmere has maintained a rural flavor while encouraging well planned growth to promote economic development.

Although stymied in the short run given the economic crisis, investment and growth are highly anticipated throughout the region as the gradual, northerly coastal migration of many South Floridians continues. Fellsmere is positioning itself to capture the next wave of migration and has annexed over 22,000 acres of rural land. With its lack of an employment base causing an average one-way commute of 25 miles, and median incomes of $23,000, Fellsmere needs to define new ways to integrate these lands; create employment centers, diverse housing, and new recreational opportunities; and blend the “old” and “new”. Nearly one-third of the City’s residential units are mobile homes.

Over the last decade a shift has occurred in the demographic makeup of Fellsmere, which now has a 70 percent Hispanic population. It also has the highest concentration of low to very low income households in Indian River County and lowest education levels. Jeff Speck delivered the keynote address: “Fail to Plan/Plan to Fail.” Jeff emphasized that if the community does not take active control of planning, future sprawl is the likely result. There are two fundamental models for development; sprawl and neighborhood. The lack of community design can have unforeseen effects. For example, a few decades ago 48 percent of children walked to school. Today it is 17 percent. The Mayor and all the City Councilmen attended the workshop, which gave the design ideas generated an additional level of community “buy in” and political commitment.