TED Talk Design Leader on How to Engage Youth 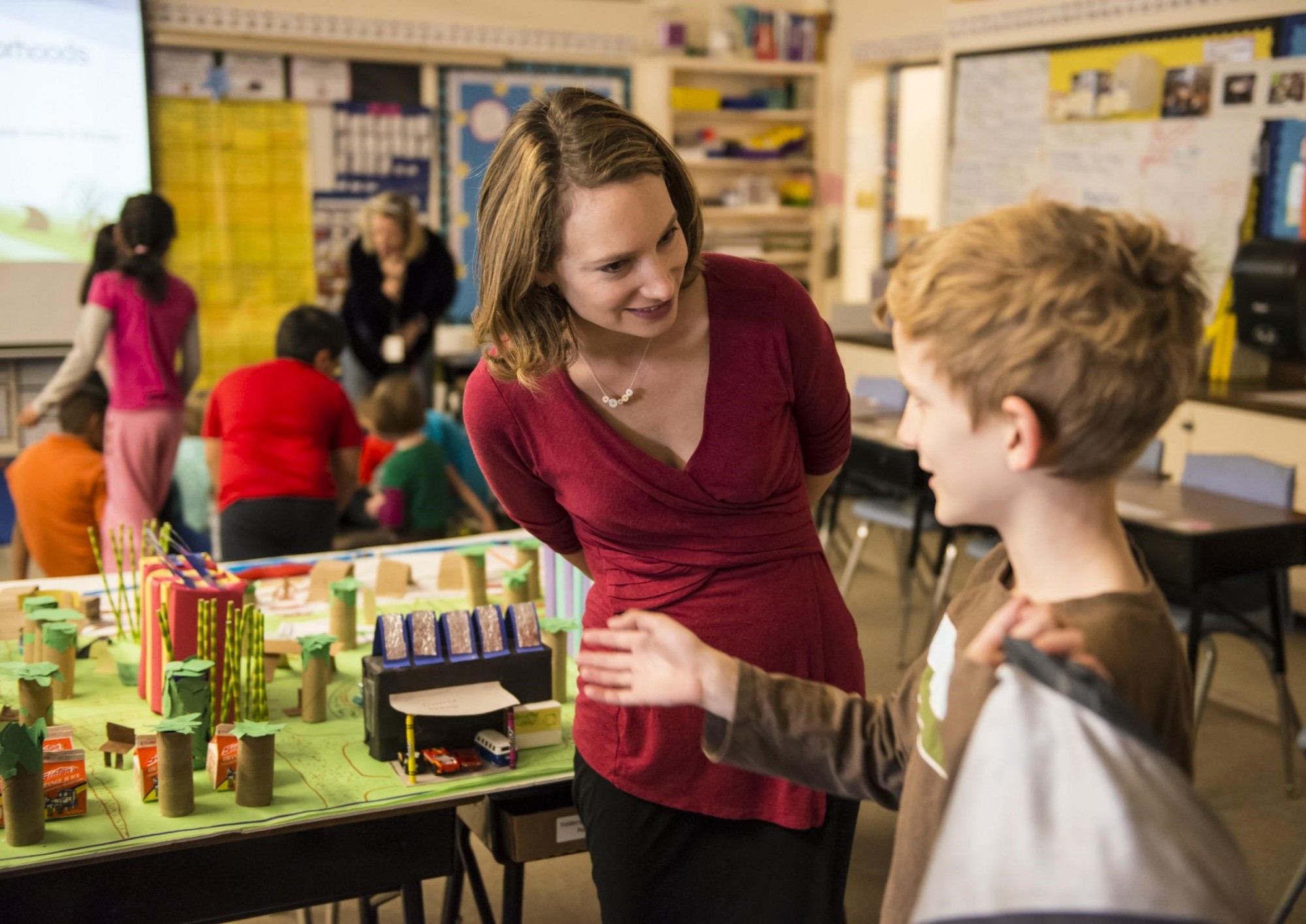 Mara Mintzer spoke with the Citizens’ Institute on Rural Design about her award-winning work at the intersection of design, education, and community engagement with one overriding theme: youth voices matter, and they matter right now. 1.6 million people have viewed Mintzer’s How Kids Can Help Design Cities TED Talk. We suggest a listen, too, as it buttresses CIRD’s recent conversation with Mara.  And don’t let “cities” get in the way; Mara notes the utter rural applicability of her approach.

Mara has an impressive track record including her work with the University of Colorado’s  Community Engagement Design and Research Center (CEDaR) and her leadership at Growing Up Boulder as program director since 2009. She is also the co-author of the book Placemaking with Children and Youth: Participatory Practices for Planning Sustainable Communities which garnered a 2019 Environmental Design Research Association Achievement Award. TED classifies Mintzer as a planner, but Mara was quick to share that she is not a planner by training; she views planning and design as inherently interdisciplinary. Her background is in running programs for children, youth and families and Mara is resolute about reaching and hearing under-resourced communities and lesser-known voices. She always engages children, but also seniors, and low-income people throughout design processes.

“The TED Talk gives people something they can understand in a short amount of time,” Mintzer told CIRD when asked to describe the impact of her 15 minutes on stage, “It propelled our work forward, and got the larger discussion going.” Highlights of that larger discussion tailored for rural design communities are below:

On authentic youth (and community) engagement: “Are we truly engaging the community if we leave out 25% of the population?” Mintzer asks, before turning to a list of time-tested strategies. “If you ask the community to come to a government building at 7 PM for a meeting, it’ll bring out dominant voices,” Mintzer said.  Instead, she suggests tapping existing events—a hands-on booth at a local celebration, perhaps—for meeting folks on turf where they are at ease. She also cautions community leaders and calls for genuine sharing of influence when tapping youth and underrepresented perspectives. She warns against tokenism, or surface-level engagement, noting that authentic outreach will take time.

By “youth” Mintzer means pre-kindergarten thru age 18. The research is clear—creativity can decline with age and youths’ tendency to think out of the box is a key to innovation. She is quick to add that youth engagement can occur within school settings or beyond. Mintzer notes that having a teacher on her Growing Up Boulder staff facilitates alignment of their work with local and state curriculum standards, making schools eager to connect with the program.

"If we aren't including children in our planning, who else aren't we including? Are we listening to people of color, immigrants, the elderly and people with disabilities or with reduced incomes? What innovative design solutions are we overlooking? Because we aren't hearing the voices of the full community. We can't possibly know the needs and wants of other people without asking. That goes for kids and for everyone else."

On getting started:  Mintzer acknowledged that well-established youth design programs can appear intimidating to those looking to start from scratch.  She suggested starting small, just as Growing up Boulder did, then expand on what works. The kids themselves have suggested to Mintzer that showing examples of other youth voices making a difference in their respective communities helps launch the discussion. It works every time.

On whimsy and play: Kids excel at creating spaces where people want to spend time together, tapping colors, nature, and spaces that prompt movement and interaction. “Play isn’t just for kids,” Mintzer continued, adding that grown-ups seem to have forgotten it, though health and wellness experts are keenly aware of play’s importance. In an age of increased loneliness and isolation, creativity and imagination via design are the perfect antidote. In her TED Talk, Mintzer said that adults come to design processes with constraints in mind while youth don’t. And that youth perspective emboldens the process even if not all ideas come fruition.

Evaluation & assessment: CIRD told Mara that community-level partners want to capture useful data from community design and share such with funders and other parties. Mara recommended pre and post-assessment checklists and other well-vetted tools from the Child Friendly City Initiative, which spans continents. “Qualitative data collection matters,” she said, adding that she taps documentation tools from anthropology and education to track progress.

On overcoming obstacles: CIRD shared with Mintzer that a handful of CIRD Learning Cohort communities encounter opposition to new approaches. Mintzer acknowledged the natural skepticism that she has repeatedly seen, quickly adding that naysayers often become allies. “So much of this work is about persistence,” she said. A few tips she shared:

Climate and Design: CIRD Learning Cohort Community program applicants cited increasing concerns over wildfires, flooding, and other natural disasters impacting local design processes. Mintzer is familiar with such challenges and was quick to provide a list of positives when linking youth design processes to climate concerns, tapping their innate investigative instincts. “Kids want to make a difference in their communities,” she said, adding that kids with agency over what happens locally are more likely to stay in the communities. Mintzer cited research that youth with opportunities to positively impact their local environment tend to be more optimistic about the future than their peers.