Sorry I didn't read your "rural is dying" article 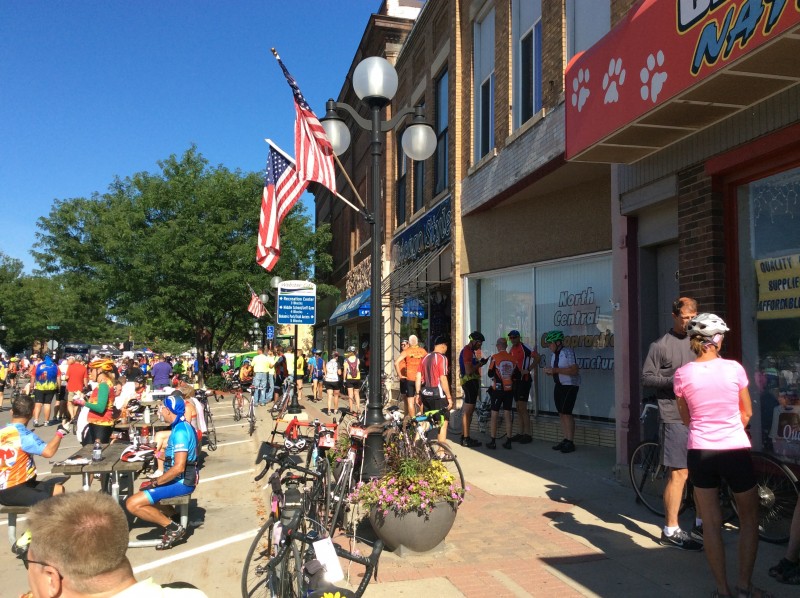 The following blog was originally published in Small Biz Survival by Becky McCray. Becky McCray owns a store and cattle ranch in a small town in Oklahoma. Download her 20 Small Business Ideas for Small Towns here

That’s not actually true. I did read your article. And I shook my head through the whole thing. And I set aside being busy long enough to write down a few thoughts in response.

You went with the “this town is dying, all of rural is dying” theme. (The only other ones that I see used very much are “small towns are the idyllic past” and “rural people are a bunch of nuts.”) I’d rather talk about the #SmallTownNow than your same old stories.

I disagree with your fundamental premise. Rural has a future. Small towns have long-standing relevance in growing food, raising livestock, processing foods, producing natural resources and protecting the environment. That relevance is never going to go away as long as we need food, utilize natural resources and care about our environment. Professor Ivan Emke goes so far as to point out that rural will save civilization. Small towns have new relevance in a work-from-anywhere, anywhen world. I think you wrote about ruralsourcing once, years ago. Thanks!

More innovations are happening right now in small towns that you could write about. There’s a solar panel company in rural Minnesota that’s worth a look. In fact, tech-related companies dominated the Farm Bureau Rural Entrepreneurship Initiative contest this year. And the 15 important innovations from Missouri S&T (that’s Missouri University of Science and Technology in Rolla) include cool stuff like inkless printing, hydrogen-producing bacteria and hollow concrete columns that are stronger than solid ones. That’s only one rural university’s results for one single year. Lots more rural innovation out there right now.

There’s a fish farm called Iowa’s First near Webster City, IA, in a former hog barn. It’s going to change the way you eat fish in a few years. Watch for it. You’ll see more sustainable, healthy, fresh fish coming into your cities, and never realize it was grown in this innovative way pioneered in this small town by this local businessman. Happening now.

Parts of your car were made by Lisle in a small town in Iowa. Your Grasshopper Mower came out of Kansas. The Ditch Witch that pulled the utility cables to your house. Your LL Bean boots. Your Crayolas. Your Pella windows. Your SEL electrical boxes. Hundreds more products and services you know by name. Tabasco. Dow Corning. Viking Ranges. Jiffy Mixes in the blue boxes. All are #SmallTownNow

I saw your profile article on the dejected rural guy who lost his good factory job and feels trapped. That’s very sad for him. But it’s not exactly representative of all of rural people today. When you follow the headlines for bad news from small towns, you miss out on the meaningful stories.

I’d rather talk about Webster City, Iowa. They lost a factory. They took a moment for self-pity (and got looked at with pity by others). But they’re over that. When Deb Brown took over as chamber of commerce director, she counted 12 empty buildings downtown. Every conversation with board members and local leaders included some reference to losing the factory. So they did a tour of empty buildings. They started thinking about what could be instead of what was. They started looking for the businesses that could be filling those buildings, and with a lot of work, they filled 10. They saved their theater. They built a co-working place. Lots of things are changing. They don’t talk about that lost factory any more. They’re busy.

Is the progress perfect? No. I’ll bet you can still find a dejected former factory worker in Webster City to interview if you want. But I defy you to name a big city where the progress has been perfect. Yet somehow positive stories on cities, their projects, and their future manage to appear next to the negative ones.

I’d rather have you talk about Norfolk County, Ontario, and their many cool projects. Let’s pick one, #TweetFolkTours. Gregg McLachlan and pals are turning the “small town businesses are scared of social media” stereotype on its head. They’re taking locals, touring local businesses, and promoting them online. They’re educating locals on what’s in their county, bringing more customers to their local businesses, and drawing in visitors from all over with the buzz they create.

Would you like to interview the leaders in Tionesta, PA, who turned a vacant lot into a business incubator using garden sheds? That’s a town of 500 working on their own economic future. How about Pascagoula, MS, who pulled off a similar trick with surplus Katrina Cottages (tiny houses)?

Want a cool sidebar to that “all rural hospitals are closing” story you were assigned? There’s a cool new maker space that took over one of those closed hospitals in Sonora, CA. You like maker stories. How about crafternoons in Cavalier, ND? It’s a pretty cool way of local crafters and makers getting together and networking. Sure it’s small, but it’s such a cool idea. Small town people come up with all kinds of cool ideas.

Have you seen the Blue Collar Career Fair in San Saba, Texas? It’s the kind of innovative idea that happens when a local person decides they don’t like hearing that 2/3s of their school kids are “at risk.”

I personally love the divided retail spaces and mini-villages that are springing up inside of old buildings. I know you wrote about the hip and cool ones in bigger cities like Grand Rapids, MI, and Buffalo, NY, but did you know that the first ones I ever heard of were in Washington, IA, and Ferdinand, IN?  Yeah. Really.

I don’t even have space to tell you all the cool things going on in the Township of Stirling-Rawdon in Ontario. My favorite may be the Active Community Expo (A.C.E.) that brings people together with opportunities they didn’t even know they had locally.

Do you need more leads? I can go on. Jacksonville, Texas, turned a burned out building into “Charcoal Alley” and filled it with food trucks, events, and activity. Innovative. Aztec, NM, filled empty buildings with artists and crafters for the holidays. Paris, Texas, turned a building with no roof into a beer garden.

You keep writing about co-working spaces, so you might like to write about the one in Pella, Iowa. Actually, they’re all over rural. The Global Coworking Conference Unconference reported they are everywhere from mountain towns to islands.

Next time you get assigned a “rural is dying” story, I’d love for you to take a look at a new angle. Just holler if you need an idea.