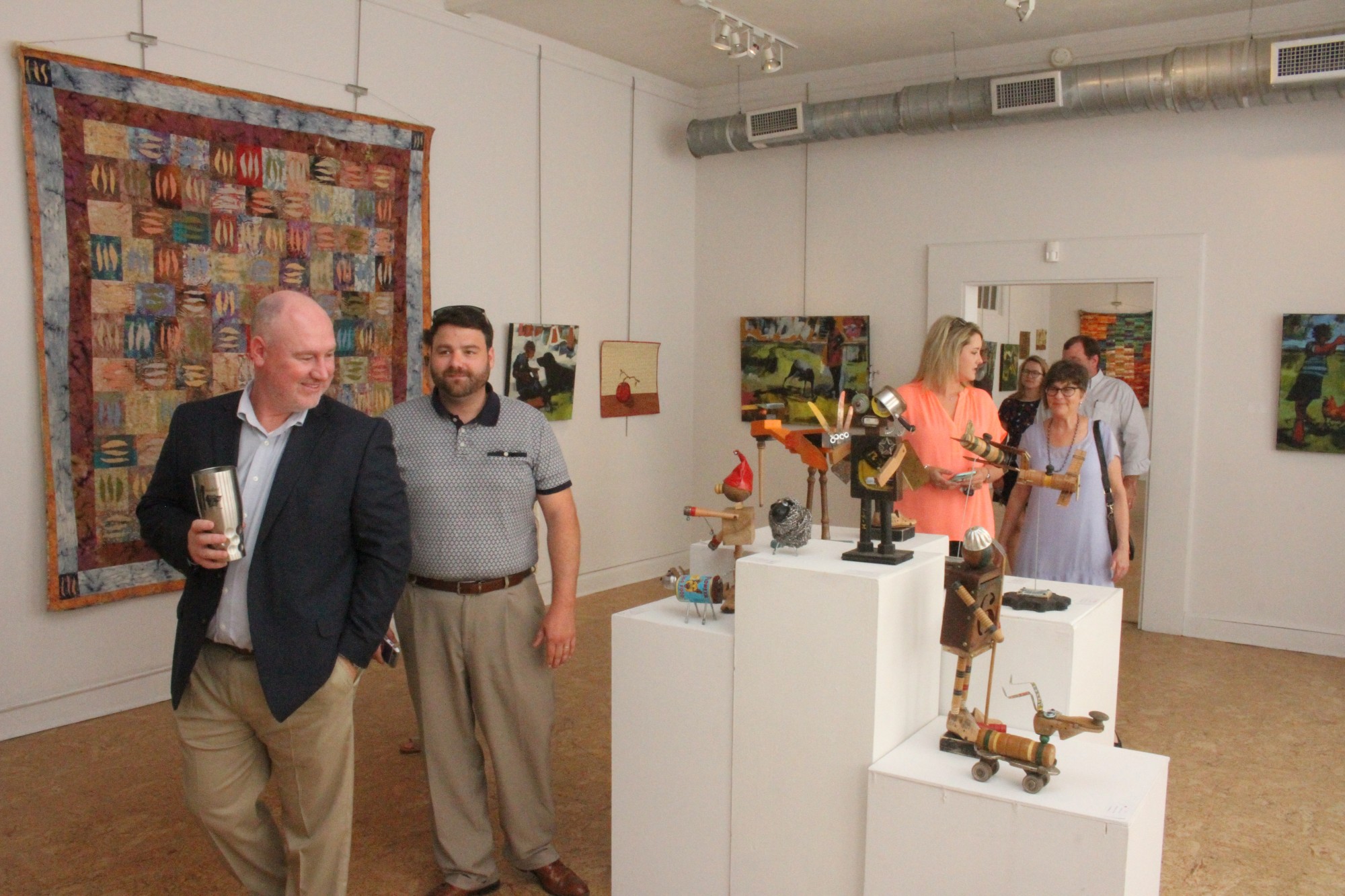 Originally Published on June 7th, 2018 for the Delta Democratic Times

Downtown Greenville could look very different soon, maybe even by this fall.

Over the past couple of days, Daniel Boggs, chief executive officer for Greater Greenville Housing and Revitalization Association, chaperoned four experts and designers from Rural LISC and Project for Public Places all over the city in an effort to give them a glimpse of what Greenville has to offer as well as some of the problems they are plagued with, such as vacant storefronts and dilapidated buildings.

Their visit comes six weeks after Greenville received a $45,000 grant for design assistance from the Citizens’ Institute on Rural Design, an initiative of the National Endowment for the Arts managed by Project for Public Spaces. Greenville was one of four cities nationwide to receive the grant, thanks to Greater Greenville Housing, Main Street Greenville, the Washington County Economic Alliance and Rural LISC.

As a recipient of the grant, Greenville will host a rural design workshop this fall to bring together local leaders, nonprofits, community organizations and locals with a team of rural planning and creative placemaking professionals from across the country in an effort to craft solutions to its design challenges.

“They’re here today on their initial site visit,” Boggs said during Wednesday’s press conference, which was held outside Greater Greenville and Main Street’s Central Street office. “We’ve been showing them around town. We’ve been talking about some of the issues we have and some of the things we would like to address and also incorporate the community and local leaders into our efforts of revitalizing downtown.”

Justin Burch, program officer for Rural LISC in Little Rock, said he sees the grant as another step that can only benefit the city.

“We think that this grant will be a continued catalyst to continue Delta renaissance here in Greenville, Mississippi."
- Justin Burch, Program Officer for Rural LISC in Little Rock

“We think that this grant will be a continued catalyst to continue Delta renaissance here in Greenville, Mississippi. We really are going to see a lot of ways in downtown redevelopment, adaptable reuse. Also, being able to capitalize on a lot of our cultural amenities that we are known (for) the world over here in the Delta,” he said.

Also with Rural LISC was Bob Reeder, a program director for the organization in Columbia, South Carolina. Reeder, who focuses on economic development and leads Rural LISC’s national creative placemaking, said rural places in the South, like Greenville, have an immense wealth of resources waiting to be tapped.

“We think that communities, particularly rural communities, can grow with pride through the utilization of the arts and particularly the culture of the place so that residents can then begin to reframe the narrative of what it means to live in that place and also mining the assets instead of trotting out what’s wrong."
- Bob Reeder, Program Director for the Rural LISC

Finding what is wrong in a community is easier than finding a solution, he [Bob Reeder] said.

To get to the root of the problem takes effort, but Boggs said he believes with help from outside organizations like Rural LISC and Project for Public Spaces, the city can succeed.

“We’re really looking at this as a lot of issues we really have to overcome as a community and as a downtown,” he said. “Through this workshop, we will be outlining some short-term goals and some long-term goals.”

Some of the short-term goals for the city include implementing and enforcing ordinances, while long-term goals include furthering downtown development by attracting business and revitalizing buildings.

“We’re going to outline a full plan, but hopefully after all this is complete, you will see some immediate turnaround and improvements,” he said.

Although many barriers exist for residents in Greenville, ones that stood out for Cynthia Nikitin, director of the Citizen’s Institute on Rural Design, were walkable streets, social and economic equity, inclusive communities and access to health improvements.

When those who live in communities that cannot fully participate, they often get left on the sidelines. Despite the challenges the city presently faces, there are many positives, Nikitin said.

“Rural communities have special challenges in terms of access to resources and technical expertise, which is what CIRD brings to the table. But they also have amazing assets in terms of historical buildings, historical institutions, a sense of belonging, multi-generational, legacy residents.”
-Cynthia Nikitin, Director of CIRD

Nikitin also serves as senior vice president for Project for Public Spaces, a New York City-based nonprofit that is community driven and does planning across the country and around the world. She was joined by her colleague, Elka Gotfryd, a senior project associate for Project for Public Spaces. Gotfryd said being in Greenville the past few days has inspired her. It has also shown her both the positive and negatives, and despite its obstacles, Greenville has the chance to make its future better.

“One of thing that is really exciting about this opportunity is that your Main Street, your downtown is really like a blank canvas right now and Greenville has an opportunity to approach its downtown through the lens of knowing how downtowns have messed up,” she said.

“You can learn from what’s been done and approach your Main Street in a way that really serves not just people who can afford to be downtown, but the people who really need a place to be.”
- Elka Gotfryd, Senior Project Associate at PPS

The experts will be back to share with the community their findings during a two day conference set for Oct. 16-17 at E. E. Bass, Boggs said. “We will bring in all the team members, all the experts to try to hash out these issues and try and also produce a formal plan and create a road map that we can use to start incorporating all the revitalization aspects that we want for this downtown community,” he said.