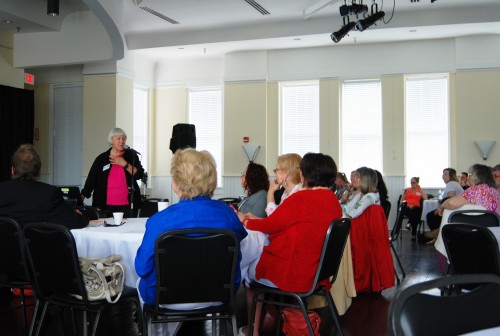 Project for Public Spaces, the lead coordinating organization of the NEA’s Citizens’ Institute on Rural Design™ recently had the opportunity to talk with Nabila Alibhai, an MIT Fellow in the Special Program in Urban and Regional Studies, about her past work with an organization in Afghanistan that implements the National Solidarity Programme, a rural development program that provides block grants to rural communities for infrastructure reconstruction, and its striking similarity to CIRD’s approach.  The project’s great impact and success demonstrates the power of community driven change in rural communities, and inspired us to write about it.

Created in 2003 by the Afghanistan Ministry of Rural Rehabilitation and Development, the National Solidarity Programme (NSP) aims to improve Afghanistan’s 40,900 rural communities. Through this program, Afghan citizens are given an active and powerful role within government “to identify, plan, manage, and monitor their own development projects.”*

The program creates community development councils (CDCs), who have to prioritize and make important decisions regarding improvements to be made to their community’s infrastructure. The CDCs are provided direct block grants, $33,500 USD on average, and over $1 billion USD had been disbursed in block grants to communities by October, 2012.* These projects are then managed and implemented by the communities.  Therefore, as Col. Chris Kolenda, a director of strategy for reintegration in Afghanistan said, “The village owns the project, the village operates the project, and the people in the village are employed.”** The NSP also works to improve people’s access to services and resources within their communities by linking the CDCs to government agencies, NGOs, and donors.  By 2012, over 30,000 CDCs (composed of both men and women who are directly elected by their peers) had been established and the NSP had financed over 50,000 projects.* These projects were not solely focused on vastly improving the quality of rural infrastructure, but on engaging and empowering communities in the process. Consequently, community members now have a sense of ownership and influence over the affairs related to their local and national governance.  Lt. Colonel Edward Corcoran, Senior Fellow on national security issues at GlobalSecurity.org describes the NSP as a program in which “individual Afghans can and will transform their own country.”**

While working in extremely different contexts, both NSP and CIRD are both dedicated to putting the power into the hands of the people living in rural areas by empowering them to manage national community development funds and projects.  The NSP block grants, like CIRD awards, are used for technical assistance, and often support projects that address design issues, such as road improvements, and reconstruction and rehabilitation of community buildings and institutions.

NSP’s approach is rooted in the Afghan tradition “Ashar,” in which community members work together on a volunteer basis to improve the community. As Nabila Alibhai stated, “Communities organize themselves and build consensus around their collective priorities.  NGOs serve as technical partners to help with organization, working through the program’s guidelines and identifying resources for implementation.”  Similarly, a CIRD host community works together to create a workshop that involves community leaders, residents and key stakeholders, and CIRD staff guides the workshop planning, and provides them with resources and specialists.  The ultimate goal of both the NSP and CIRD program is to provide resources to communities for them to overcome their design challenges.  Both programs also aim to connect similar communities to one another in the long term, which, according to Nabila, “breaks barriers between people, and creates spaces of community interest, which are collective assets. And because they are collective assets, they are protected assets.  It starts at the village level.  Over time, these community councils start working with one another.”

Nabila shared with us a particularly amazing success story of one of the communities revitalizing itself:

“Jurm, Afghanistan, suffered a terrible flood in 2009 that destroyed kilometers of irrigation canals. Using the radio, they communicated with the rest of their district to source any available local resources to rebuild the canals. The canals would have cost two million dollars to rebuild with international assistance, but were instead rebuilt with local resources in a matter of weeks.”

‍The New York Times showcases an amazing photo essay on the post flood revitalization of Jurm, Afghanistan through the National Solidarity Programme. You can also view a video on it here.

Check out the CIRD resources , for designing and managing your project, outreach, implementation, and fundraising. Topics include conservation, economic development, downtown revitalization, and more.