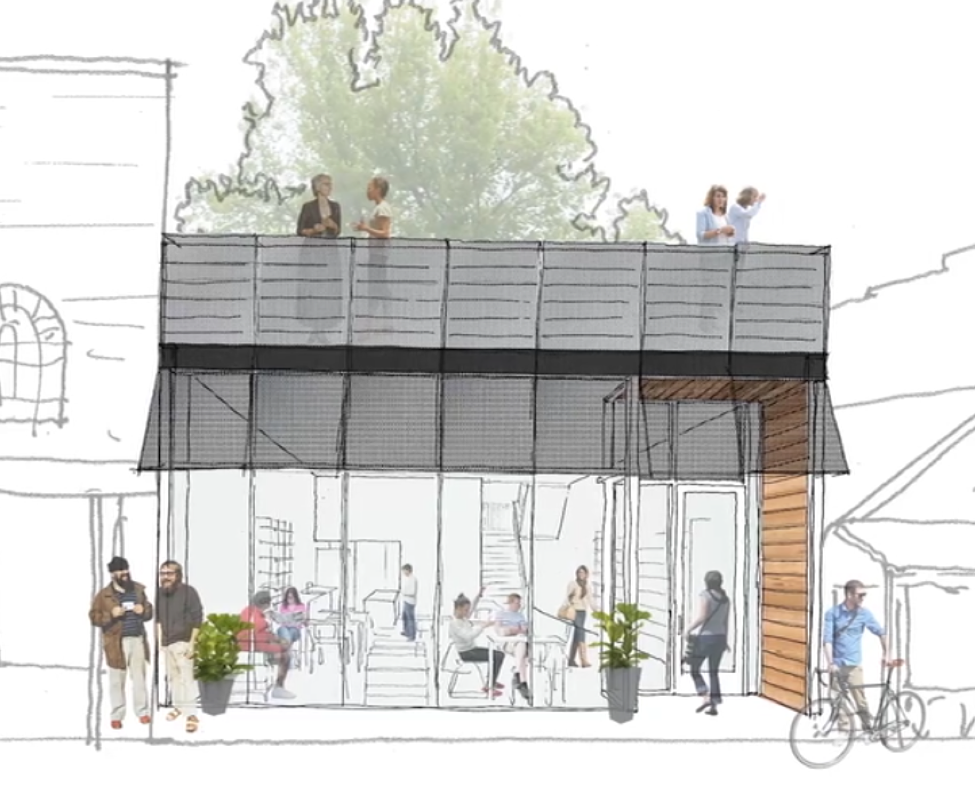 We are pleased to announce that the Coalition for Ozarks Living Traditions has received $30,000 from the National Endowment for the Arts Our Town grant program. This money will be used to develop the architectural design and planning for an expansion of the Oregon County Food Producers and Artisan Co-op Culture Hub in Alton, Missouri (Pop. 897), located in the distinct mountainous Ozark region. The plans for this expansion were first developed during one of CIRD’s two and half days’ workshops, which was held in Alton in 2014. This NEA grant will complement Alton’s participation in Smart Growth America’s (SGA) technical assistance workshop that will be held in July of 2016. Both of these resources will assist Alton in strengthening its economy through local foods, arts, and tourism.

The co-op was founded in 2012 by local resident Rachel Luster, who is also the founder and director of the Coalition for Ozark Living Traditions. She was inspired by the strong self-sufficient spirit of her community and wanted to strengthen the network between local producers and community members while maintaining a traditional Ozark character. Ran entirely by volunteers, the co-op offers a wide variety of products such as quilts, soaps, clothing, and fresh seasonal greens, which are all provided by a variety of local members, from woodworkers to beekeepers. The organization hosts a diversity of events, including “pay what you can” lunch specials, which help support the food security of the region, and “pickin’ parties,” monthly jam sessions for local musicians. In addition, the co-op serves as a place for educational workshops on many topics, such as herb gardening and soap making, as well as providing exhibition space for artists.

The CIRD workshop in Alton, held in November of 2014, focused on engaging the community to contribute to the design vision of the co-op expansion. A nearby vacant building facing the town square bordered the co-op, and provided the perfect opportunity to grow the organization while bringing more life to the center of town. The workshop prominently incorporated the Ozark culture in seminars on local architecture, folk music concerts, and homemade food. Publicly generated ideas on what to include in the expansion ranged from a rooftop garden, a large commercial kitchen, an orchard, and a root cellar.

The Oregon County Food Co-op, with the assistance of Gould Evans architecture firm, has developed a comprehensive and ambitious vision for its future— which can be viewed in this short video produced by the firm. Not only will the expansion increase the capability of and the opportunities provided by the co-op, the larger building will serve as a community anchor for a new revitalized and interconnected town of Alton. “We decided to create a cultural corridor that tied in our projects with the other things already going on in the community and the very few public spaces that are available and underutilized,” explains Rachel Luster. This corridor will stretch from a canoe rental service on the north side of the town to the city park in the south, connecting the county courthouse, the co-op, the local high school, and several area businesses. The co-op will be centrally located in this cultural corridor and will be a vital piece in creating a cohesive Alton.

Alton is one of seven rural communities/regions selected to participate in Smart Growth America’s (SGA) program. All of the communities selected have completed previous work related to smart growth through the National Endowment for the Arts (NEA), U.S. Department of Housing and Urban Development (HUD), and other federally-funded design and planning programs.

In 2016, the NEA Our Town grant program awarded $4.3 million in grants to 64 projects in 36 states. The grant is awarded to communities all across the United States engaged in creative placemaking projects. We want to congratulate the Coalition for Ozark Living Traditions and the Oregon County Food Co-op. We can’t wait to see what these organizations have in store for the town of Alton!