A One-room Schoolhouse for the 21st century 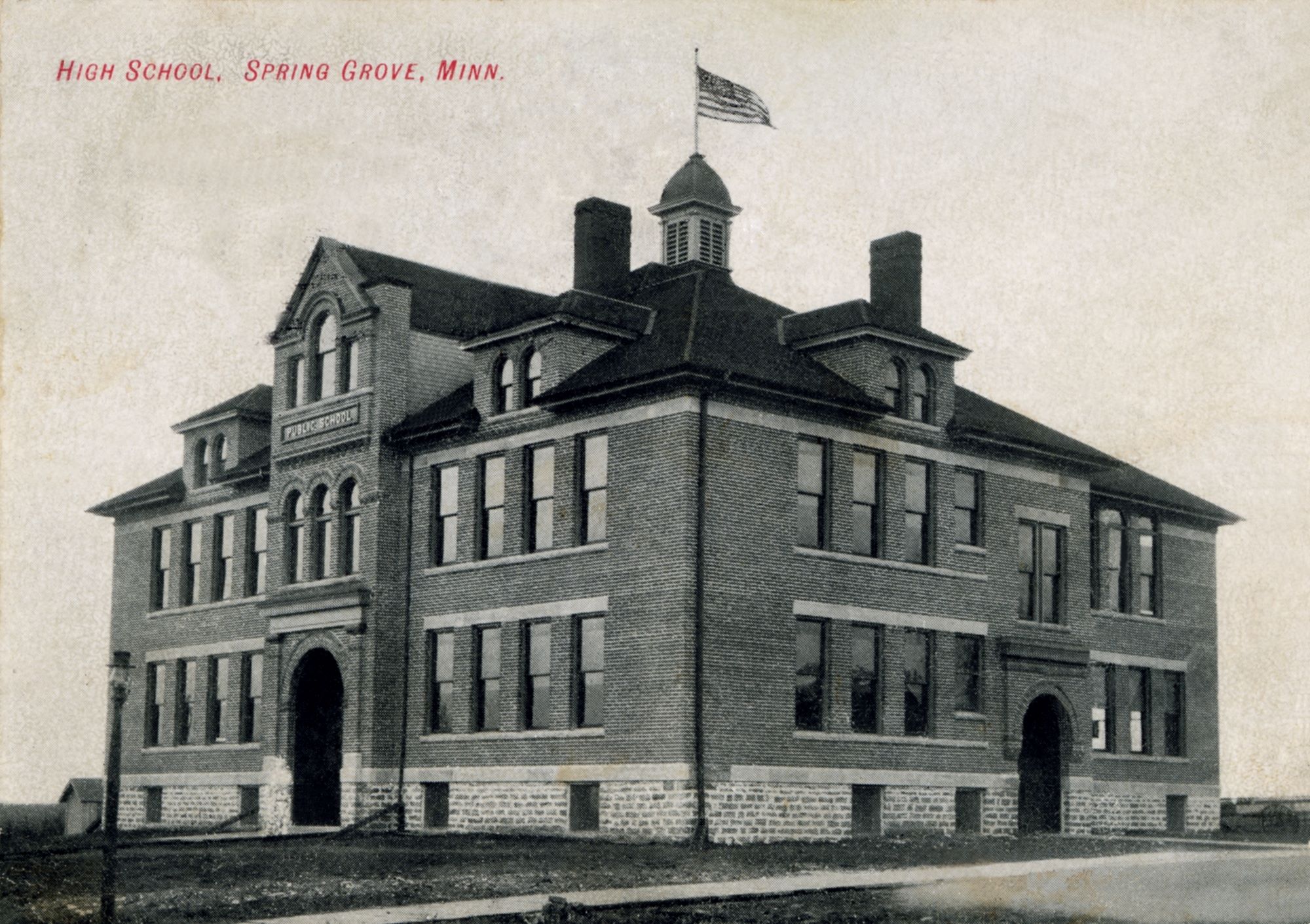 CIRD’s August, 2022 local design workshop in Spring Grove, Minnesota coalesced efforts toward a community and cultural space facility reflective of the town’s robust support for the arts and education. The proposed facility will go up across the street from the Spring Grove School and it would literally and figuratively bridge the school and community—a physical manifestation of Spring Grove’s top priority: creating a one-room schoolhouse for the 21st century.

In practice, a one-room schoolhouse for the 21st century means that nearby farms, small businesses, and factories become classrooms; or that the town’s Giants of the Earth Heritage Center, Ye Olde Opera House Community Theatre, and Spring Grove Public library share space and resources in a way that furthers learning and enrichment for all ages while stretching public resources.

Spring Grove residents aim for a facility that eases space constraints that impede programming at the school and within the community. For example, high school musical and drama rehearsals and set creation are limited by basketball practice needs in a multipurpose gymnasium/performance space built a century prior.  The community wants a modern facility that will boost regional and local economic development efforts, hosting concerts, speakers, and other marquee events while also providing space for book clubs, early childhood education, and weddings.  CIRD’s engagement process found widespread agreement that creating flexible space for use by the school and community represents the best stewardship of public resources in this town of 1,400 residents covering two square miles.

A nuanced place for history

Spring Grove was Minnesota’s first Norwegian settlement. And such history is etched in the community’s cultural DNA and aesthetic, including hundreds of Norwegian flags and gnomes adorning homes and yards throughout the community. The Giants of the Earth Heritage Center celebrates and serves as a repository for Norwegian influence. The autumn UffDa Fest draws residents and visitors by the thousands to Spring Grove for a glimpse of the old ways.  And a handful of residents were quick to share a preference for Norwegian influence as CIRD’s architects solicited ideas for a building that will bridge the school and community’s need for learning, performance, and celebration spaces.

Yet, stakeholders also told CIRD that they sought to honor the town’s heritage, “But not in a tired way,” as on citizen said.  CIRD’s findings at the conclusion of the August workshop included a possibility of “building a relationship between historic places and more modern amenities.”  CIRD’s Spring Grove design book offers the community suggestions for doing just that, including renderings with a modern mixed-use facility accented with wooden portions that one might find in Oslo—as well as in Spring Grove.

“Rural leaders wear many hats” is an oft-repeated adage in rural development circles. Such can lead to overstretched leaders lacking the proverbial bandwidth to take on longer-term visioning and listening efforts that are a hallmark of CIRD’s citizen-led design process. Overstretched rural leaders are forced to lean on outside expertise, especially for planning and design assistance—when such resources are available at all. But wearing multiple hats has its advantages, especially when such roles span any school and community divide.

CIRD’s pre-workshop site visit to Spring Grove required meetings with the mayor, school leaders, and coordination with the Ye Olde Opera House Community Theatre.  Conversations with Scott Solberg allowed CIRD to check three boxes.  Solberg serves as mayor; he has spent decades as a driving force behind Ye Olde Opera House productions; and he is the K-12 counselor, and the former music teacher, to boot.  As CIRD’s team witnessed more than once, reaching other sectors--perhaps the fire chief, a church leader, or the school principal—required nothing more than a shout across the room or a quickly answered text message from Scott. Spring Grove 2030, the Steering Committee behind the town’s CIRD application, is replete with examples of crossover between Spring Grove entities.  As important as the crossover in roles, though, is a spirit of cooperation and shared vision that is Spring Grove’s superpower when it comes flattening bureaucracy.

“Learning Space” is an expansive term

Spring Grove’s public school houses prekindergarten thru 12th grade in a single structure. School officials point to the benefits of such a structure, including rich interactions between students of all ages and a sense of whole school unity—a rarity in modern education. But the school was built when Calvin Coolidge was president, over a century ago. And school officials are adept in finding ways for instruction—and learning—to occur beyond the building’s aging walls. “Students Deserve More from their Spaces” was a takeaway shared in the CIRD team’s assessment of community preferences.  The school and community are teaming with examples of instruction and learning taking place beyond the school walls.  And local voices were insistent that CIRD’s process take into account the community’s working definition of flexible learning space.

Performance Art Advocates at the Table

On a tour of Spring Grove’s school building, CIRD’s team was accompanied by the school counselor (also the mayor), school administrators, and Megan Miller, the high school performing arts teacher. Miller showed CIRD’s team the drawbacks of limited rehearsal space and performance spaces that served many of the students’ great-grandparents.  And Miller was also clear in reminding CIRD’s team that Spring Grove’s support for the arts, is “…as important as athletics, and we love our football!” Miller’s interactions with CIRD were not unique. Performing arts permeate the town’s identity.  The presence of arts advocates and practitioners at the planning table ensures that the town’s investments in future spaces for learning and play include a nod to a performing arts scene that belies the town’s modest size.

Anchored by Spring Grove 2030, a steering committee that merges education, business, cultural and civic leaders, the community and school are seizing on post-CIRD workshop enthusiasm.  Discussions toward financing and joint management of the proposed school and community cultural space are underway.  CIRD’s concept drawings with suggestions for linking the proposed structure to existing assets spanning the school and community undergird such efforts. Spring Grove remains part of CIRD’s Design Learning Cohort throughout 2022, ushering additional opportunities for CIRD’s team to assist Spring Grove and for Spring Grove’s successes to inform the national rural design conversation.

Nod to the one-room schools of yesteryear…and tomorrow

Early Norwegian settlers in Spring Grove banded together toward construction of one-room schoolhouses shortly after their arrival.  Not only did the modest schoolhouses serve as education centers, but they also offered a community gathering space that could double as a chapel or host site for a township meeting. CIRD’s renderings of a multi-use facility with classroom space, a 400+ seat performance venue/event hall with cutting-edge acoustics and lighting and ample square footage for a library bear little resemblance to the one-room schoolhouses that met the demands of the 19th and early mid-20th centuries in Spring Grove.  But those who constructed and supported the schoolhouses of yesteryear would recognize and applaud the community spirit as Spring Grove creates a one-room schoolhouse for the 21st century.